We totally intended to be at the show by noon.  However, that was not going to happen.  After filling up our gas tanks, we headed down the road and hopped on I 101 for the 25 mile ride to the venue.  We saw a few electronic signs over the freeway that said I 101 was closed down the road.  Really?  They close down the freeway?  Apparently there was a big wreck somewhere down the highway.  So, cones gradually closed down lanes starting on the left.  Eventually we were forced to take an exit and use the surface streets to get to our destination.  Well, all the freeway traffic was now on the surface streets just like us and it was a nightmare!!!!  What should have been an easy, peasy ride turned out to be a LOT of super slow riding, stopping, starting, clutching, braking and watching out for the cagers that didn't seem to see us.  Of course, I got hot, too.  It was with a great sigh of relief when we made our destination, parked the bikes and shed the gear.  I think we ended up taking about 2 hours to get there from our hotel.

Today was definitely busier than yesterday.  Man, what great people watching.  Not too long after our arrival, this guy shows us to harass us.  Yup, the mighty Bob Still in real life :-)  We had a delightful visit with Bob. 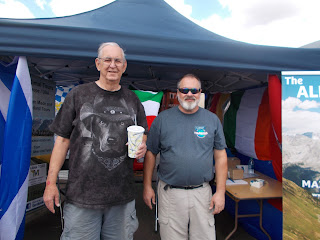 There were lots of Motorcycle "Clubs" mingling about. 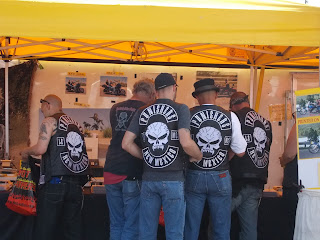 They had a dirt bike show where the guys were jumping the bikes and doing tricks.  It was pretty awesome but kind of made my stomach lurch as I was certain they were going to crash.  They put on the show several times throughout the day and always drew a big crowd. 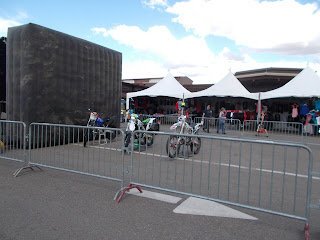 Since we are at a motorcycle show, I thought I'd throw in a few pictures of motorcycles :-) 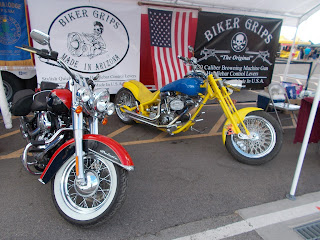 No, this isn't a motorcycle, but it is a motorcycle themed custom paint job on a Ford F150. 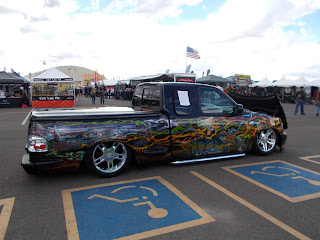 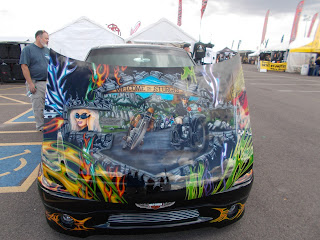 Lots of this style bike on display. 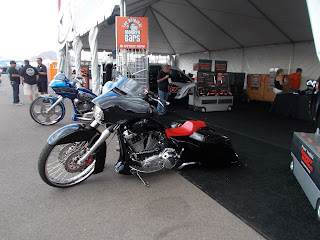 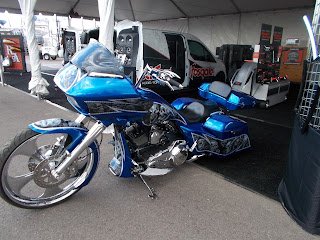 A random view of "our" street.  Big storm cells were all around us for a good part of the afternoon but we got lucky and didn't get rained on.  Some pretty serious wind gusts had us scrambling to hold things down. 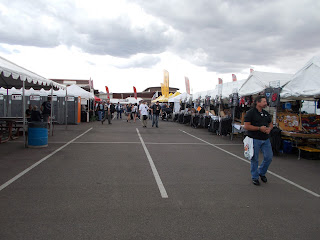 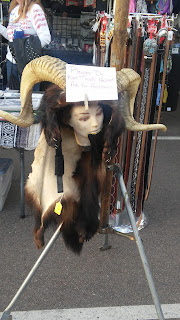 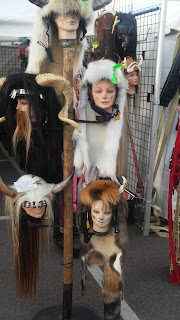 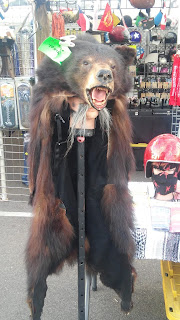 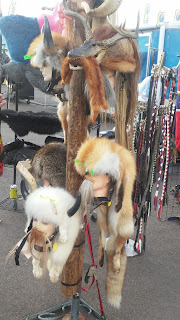 Somehow, I don't think these will catch on with the crowd I ride with.

We did actually engage a number of people today regarding bike tours and I expect tomorrow will be even busier.  We managed to get back to the hotel without issue and now I'm ready for bed.

Thanks for following my blog!