Oh yes, it is sooooo nice to get a good night sleep and wake up late!  We weren't in any hurry so this morning was a delightful sleep in, shower, brekkie and then gear up and go.

Again, it was a bit nippy, maybe 43 degrees when we finally left the hotel around 10 am.  Fortunately, we only had about 3 miles of Interstate before we headed west on Hiway 58 toward Tehachapi.  Traffic was much better today.  Much, much, much better and the jerks (fucktards) were few and far between.  Oh sure, they were still out there just not in the numbers we saw yesterday :-)

We were still all bundled up in our layers of LD Comforts, heated gear, outer gear, buffs, winter gloves, etc.  That's just fine because I was comfortable.  If it got chilly, I just turned up the heat!  Yippee!

We made a stop in Tehachapi for lunch.  Yeah, it was Mickey D's.  Not great but predictable and quick.  The Love's Travel Stop was packed and it was here we found the most fucktards!  Geez, had to keep those peepers peeled in the parking lot or get run over.  Fortunately, it was a beautiful, clear day. 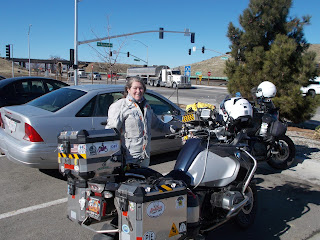 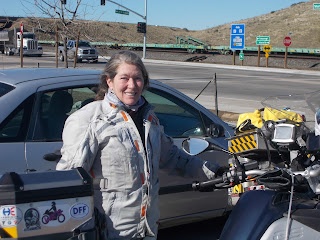 The obligatory pic of our bikes in the parking lot.  We're so exciting, lol. 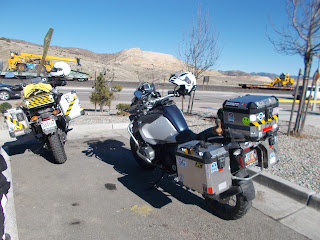 After a quick lunch we motored on a few more miles along Highway 58.   A pleasant surprise was the inversion layer that caused it to be warmer as we went higher.  Unfortunately, it also trapped the smog in the valley too.  Coming down from Tehachapi we were treated to dropping temps and a great view of brown hazy smog layer as we went thru it into the valley. Then we turned off to California 223 to Arvin.  Oh, that was so much nicer than the freeway or even Highway 58.  We rode through orchards and vineyards with the occasional oil pump in a field.  Nice!

From CA 223 we hopped on Hiway 99 for 4 miles or so and then picked up California 166 west to Maricopa.  Again, we pretty much had the highway to ourselves.  Sure, we had to pass a big rig once in a while, but mostly just cruise along and enjoy the ride!  We stopped in Maricopa for a little break.  Boy, there sure isn't much there!  (I know, Maricopa is not exactly a destination town!) 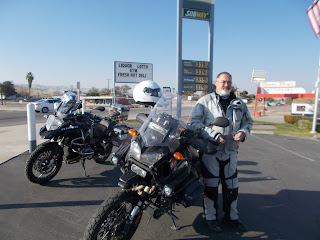 Our original plan had us spending the night in Maricopa and this would have been our hotel.  Nice and clean looking. 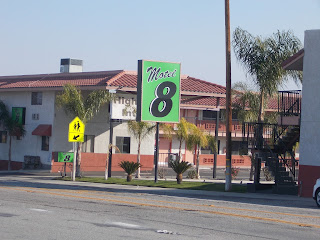 This would have been our dinner.... 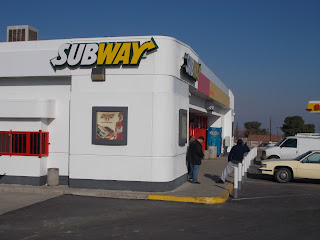 You know you're in California when you see a sign that says...... 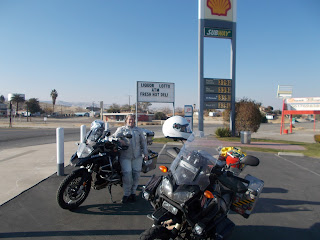 This......hahahahaha.  Notice we can get liquor, play lotto, get money and eat but you cannot buy AMMO.  Now, had we been in Nevada or Arizona, we could get all that plus Ammo.  Had we been in Utah we could get money, food and ammo but no liquor or lotto!  Hahahaha! 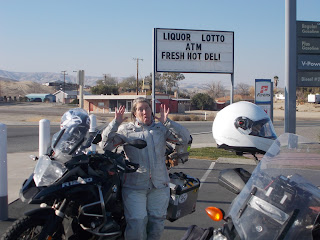 Mounting up again heading west, we continued to follow California 166.  It got warmer and warmer as we got closer to Hiway 101 hitting 75F by the time we reached 101 and turned South  for a few miles before we came upon our exit in Santa Maria.  It didn't take long to find our abode for the evening.  We chose this hotel because it's a Mom & Pop and from the photos online, it looked recently renovated and clean.  We were not disappointed! 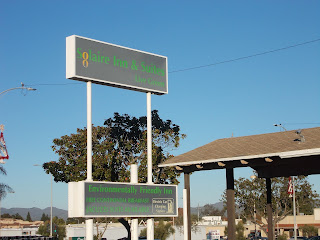 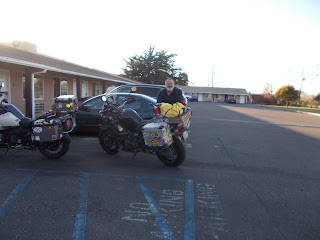 Teehee, Eric in his LD Comforts out in the parking lot unloading his bike ;-) 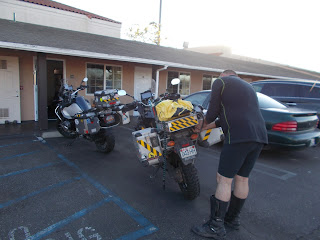 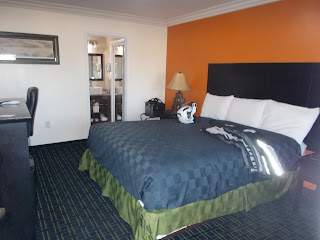 All recently remodeled and very clean. 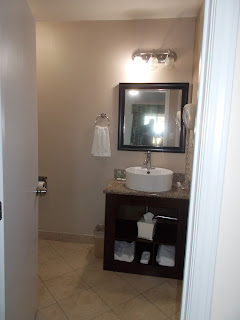 So now our big decision is what to do for dinner.  I think we're leaning toward Chinese delivery :-) I'll let you know tomorrow.  For now, I'm done riding and writing ;-)

Thanks so much for following along.  We had a fantastic day of riding with mostly awesome scenery and light traffic.  My Beastie Bike was so fun to ride.  Passing was a no brainer, just twist the wick.  Or, if I wanted a bit more spirit, shift down a gear, twist the wick and grin ear to ear!  Maybe one of these days we'll actually make some roadside stops for pics.  But today wasn't that day.  We just rode.  It was wonderful.  The sun was shining and I was out on an adventure with my Honey.  It really doesn't get any better!

Tomorrow is the Ride to Eat and I'm all excited about that.  Who might show up?  I dunno....but I'll definitely have my camera along and make a report tomorrow night.  Stay tuned.......