Silverton, CO was our stop for the night.  Smack, dab in the middle of the Million Dollar Highway!  We got a room at the Triangle Motel which was nice enough except no air conditioning.  They did provide a large stand fan and we ended up putting that in the doorway once the sun went down to pull some cool air into the room along with opening the only window. 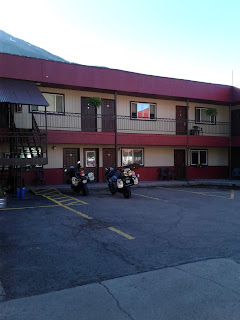 Eric, always my sweetheart, hoofed it down the road a few blocks to get us some dinner and brought it back to the motel.  The streets close here about 8 pm but he found a brewery that stayed open later.  We had chicken salads for dinner - meh - so so but at least something to eat!

The bed was a memory foam bed that was a new experience for us and it was a queen and we're used to sleeping in a king.  The experience overall was positive but not sure I would recommend this place.

Here's the view from the outside. 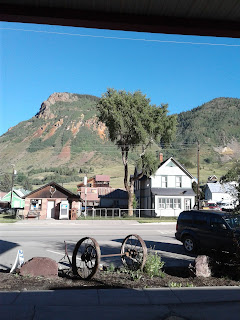 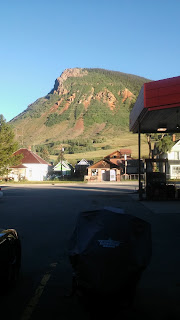 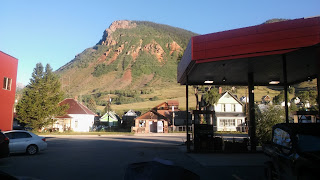 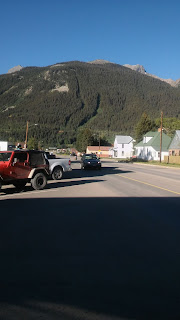 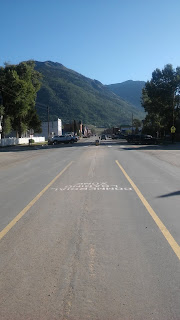 We managed to leave the motel around 9 am.  When we got up at 7 am it was 42 degrees outside!  Yikes!  I considered putting on my heated jacket but by the time we left it quickly moved up into the 50's as we gained elevation and the sun was shining.  Yes, another Bluebird day!  We left Silverton and headed toward Durango.  Fortunately for us the sun was on the side of the mountain we were climbing.  We pretty much had the highway to ourselves.  A few oncoming bikes and cars and two vehicles behind us that we let pass so we could enjoy our ride.

It was a fantastic ride!  Sunny, warming up to 60 plus, I turned off the heated grips and grinned as we took the curves at a brisk pace!  Oh my, this was heaven!!!!  We rode through Durango and stopped at the south end of the city at a park for a little break.  Beautiful! 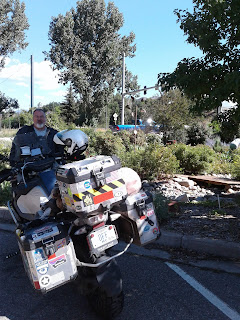 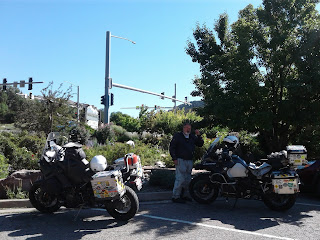 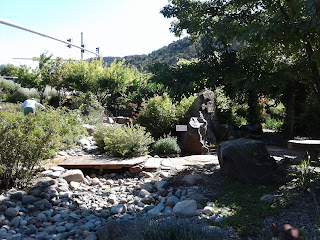 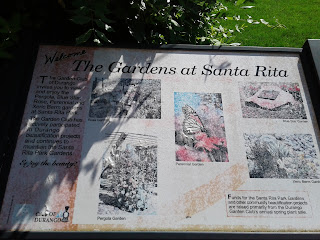 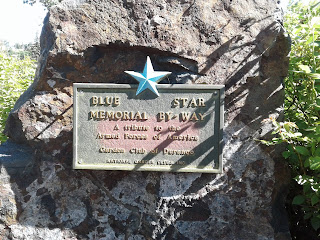 From there we headed toward Pagosa Springs.  Once we cleared Durango we again had the road to ourselves.  Oh it was glorious with the sun shining and no traffic.  How lucky were we?  I love Pagosa Springs and it didn't disappoint.  Very little traffic and lots of sunshine.  We made a couple of stops where I took some pics of the Sunflowers that are blooming everywhere! 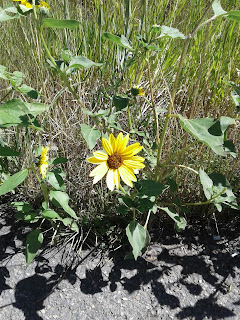 And, a lovely thistle in full bloom! 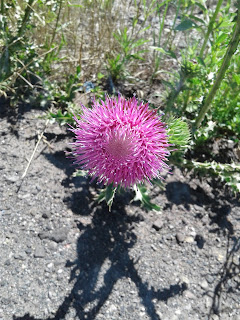 We stopped at the end of town to top off our gas tanks and then turned toward Chama, NM.  Again, we had the road to ourselves.  Such a beautiful road and ride.  Sorry I didn't take more photos but we were having such a great time just riding along.  No traffic - how did we get so lucky?  By the time we reached Chama, it was past lunch so we stopped at the High Country Restaurant.  It was across the street from the diner we usually stop at and we decided to try it. 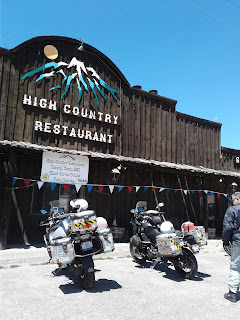 This guy was standing guard outside. 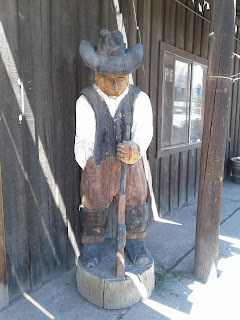 A couple of hard core Harley guys stopped right behind us.  They were from Minnesota :-) 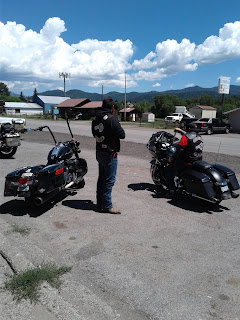 We ended up eating in the Saloon.  Here are a few pics of the interior. 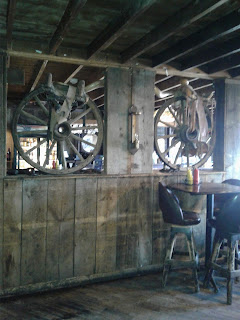 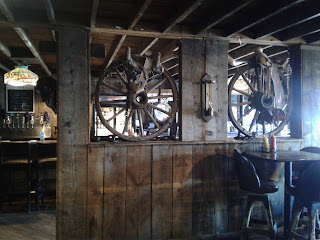 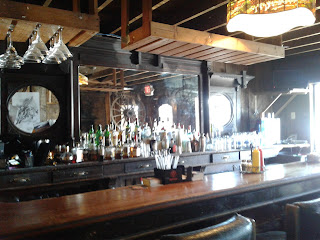 Lunch was okay.  I think I prefer the dumpy diner across the street.  But, heck, it was food and it was fine.  We motored on. Yes, still on little two lane roads with hardly any traffic.  The vistas and views were simply fabulous and I was enjoying every, single mile!

True to our decision, we stayed off the main highways and rode the little two laners.  Only late in the day did we have to hop on the Interstate for a few miles.  We ended up at Cline's Corners Travel Center at I-40.  We stopped there and took a break and went through the store to buy a few stickers.  By then it was just after 5 pm and we wanted to stop for the evening.

Unfortunately, we wanted to head east but the closest lodging was over 60 miles away!  Yikes, another hour.  So we went West 20 miles and ended up in Moriarty, NM at the Sunset Motel.  Oh boy, lovely place.  So glad we stopped here.  It's old but well cared for and renovated.  Super clean and cute.  I love this place ;-) 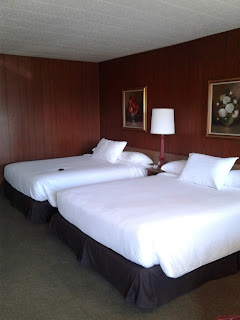 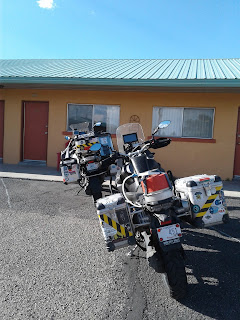 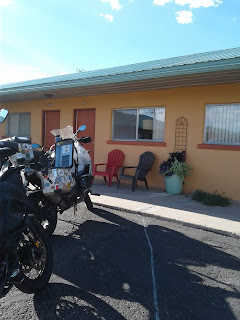 Dinner was super simple, a phone call to the local truck stop and they delivered a beautiful taco salad with all the extras.  Yummy and so easy, peasy.  Now I'm full, had a few cocktails and ready for bed.  Total mileage today was about 350.  Who knows where we'll end up tomorrow?  Our plan is to simply head east on US 84, stay off the interstate and find interesting places and ride awesome roads.  Hope you hang in there and follow along.