Day 2 of the Adventure began after a rather rough night.  Although our room was lovely and we had a great Mexican dinner, there was an altercation in the parking lot in front of our room.   Remember I mentioned these guys?  The construction workers at the motel?  Well apparently someone had a falling out about midnight and I was awakened by vulgar cussing and screaming by a number of dudes.  It got quite violent but I didn't dare peek out the window.  I considered calling the police but just waited.  Finally it stopped.  Eric slept through the entire thing.  Just as I finally got back to sleep it started up again.  WTF?  About 15 minutes later it stopped.  Good, now I can go to sleep.  Just dropped off again only to have it start yet again.  REALLY?  So, I didn't get to sleep until close to 3 am.  YUCK. 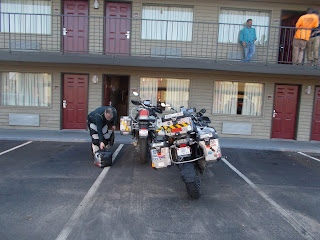 The next morning we found out that the police did indeed show up and took a couple of them off to spend the rest of the night in jail.  Other than that, our motel in Dothan, AL was great ;-)

We got on the road about 9 am with the temperature around 50 degrees and a bit of wind.  No problem.  We spent most of the morning on 4 lane highways which was fine.  Better than the interstate and for the most part very little traffic and lots of good scenery.  The bikes were running great and we were out riding as the sun broke through the clouds and the temperatures  began to climb to a comfortable level.  All was good!

We stopped in Valdosta, GA for lunch at a Cracker Barrel.  Not really local fare like yesterday but just fine, quick and delish.  It was here that we shed our layers and opened up the vents on our riding gear to get some nice airflow. 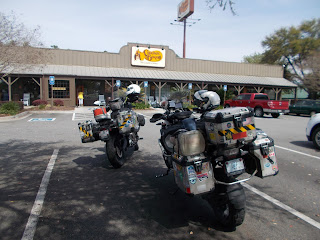 After Valdosta we managed to get on some nice two lane highways.  Sometimes we rode for 10-15 miles without another vehicle on the road.  Sweet!

And then, we were in Florida!  Just like that! 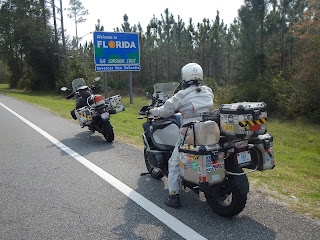 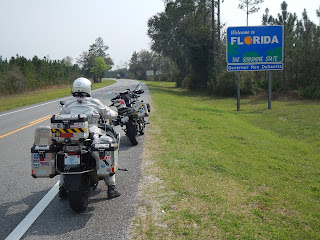 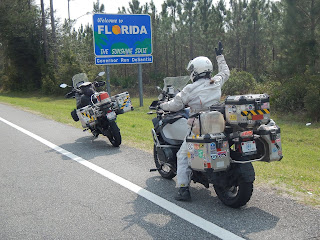 The last hundred miles or so we had to jump on the Interstate for an easy approach to our host hotel.  I-75 was not fun.  The speed limit was 70 but everyone was going 80-85, even the semis!  And there was a lot of traffic and nobody seemed to pay any attention to using turn signals.  Yuck.  It was a bit intense.  I was actually relieved to get onto I-10 where traffic thinned out and the ride became pleasant again.

We rode directly to the Ramada (IBA Host Hotel), got our room, parked and unloaded the bikes, cleaned up and headed to registration and social time :-)

Black leather, motorcycle related T-shirts, dudes hanging in the lobby talking BS.  Yes, we were at the right place ;-) 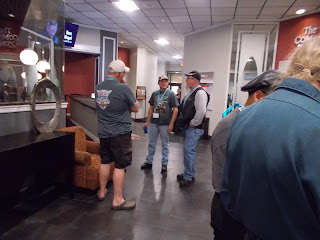 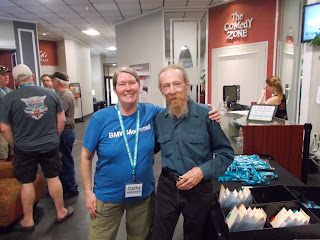 Lynda Lahman and her sidekick Terry were already there.  It was great to seem them.  They had ridden in from Southern California. 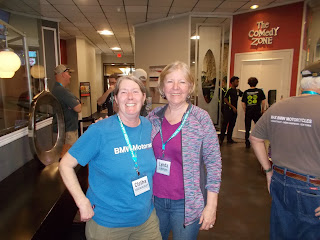 There were a few peeps hanging out at the front of the hotel. 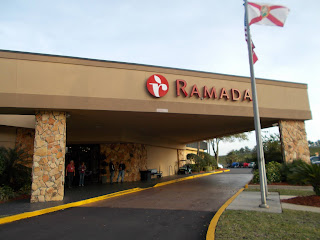 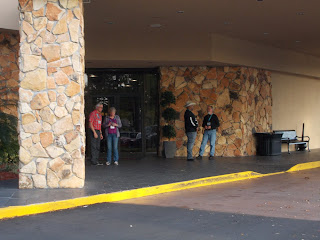 A few bikes in the parking lot.  More will be arriving over the next few days.  The big party is on Friday night when riders come in from doing an Iron Butt certified ride. 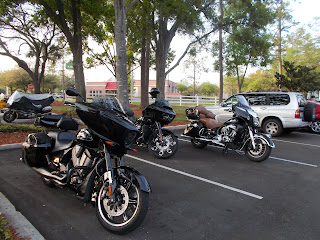 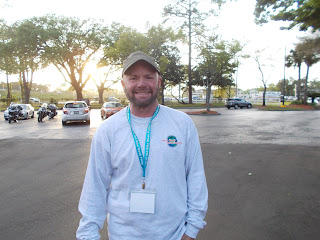 Fast forward after dinner and cocktails and lots of chatting we took a stroll around the parking lot.  More bikes had arrived, the temperature was pleasant and all was good with the world. 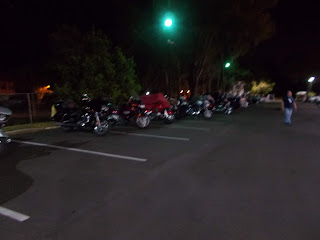 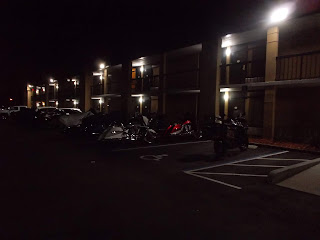 On our stroll we encountered another buddy Gregg Lenentine who graciously offered us a sip or two or thirty of a delish single malt.  Oh thank you Gregg, I love it when my speech slurs, hahahahaha. 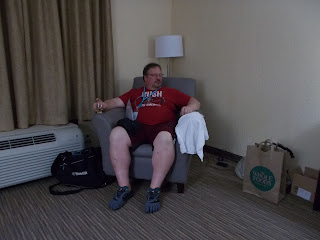 So, that ended a great day of riding, meeting up with friends, meeting new peeps and just in general having a terrific time!  Our ride started about 50 degrees and went up to 80 degrees.  No rain, just a little wind, dry roads and light traffic for the most part.  Yup, it was a good day :-)

Tomorrow is just a hang out day for us.  We didn't plan on doing any IBA certified rides and intend to be social and see who shows up!

Stay tuned for the next installment.  Cheers!