Today was to be another travel day and WOWZA what a great travel day it was!!  Contrary to yesterday, today's ride was smooth sailing the entire way.  No stop and go traffic, very few lights and lots and lots of beautiful, smooth four and two lane highways.  The weather was perfect.  We started around 62 degrees and the highest was 72 or so.  Mostly the temps hung around the upper sixties and 70 degrees.  Lovely riding weather and not a cloud in the sky.  Oh, so beautiful!!!

We left Crystal River, FL and continued on Highway 98.  Our friend Sylvie Torter suggested a ride along Highway 98 through Apalachicola would be a good thing so that's what we did!  No regrets :-)

We noticed the median and shoulders of the highway had magnificent wildflowers blooming.  Boatloads of them!  Beautiful beyond belief.  Oh my, they took your breath away.  This was a fantastic ride!  Yes, do this!!!

Eric attempted to capture the beauty of the wildflowers on the fly but you can't really see the beauty. 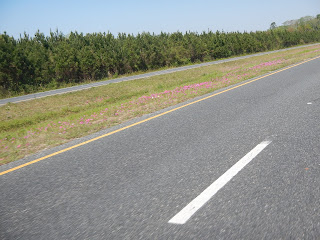 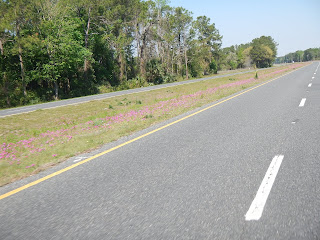 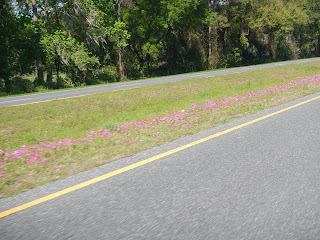 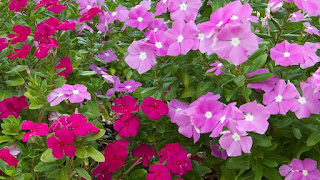 We took a quick rest stop somewhere along the way ;-).  Typical bump in the road gas station.  I liked the old dead station in the background with the Spanish Moss hanging off the giant tree. 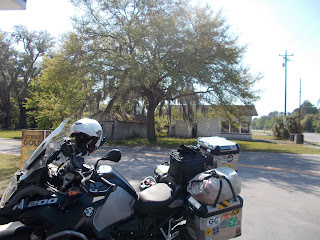 We continued along Highway 98 in a very happy mood.  Bikes were running like the fine tuned machines they are, gear was doing it's job, we were comfortable, the road was smooth and life was good!

We stopped in Panacea, FL for lunch.  Hmmm,  just up the road before lunch, we stopped at a gas station to figure out where we were and what we were going to do and where we were going.  Eric asked for a good place to have lunch and was given two choices, Posey's or the Coastal.  I chose the Coastal based on nothing but the name.  Mistake......hahahahahha 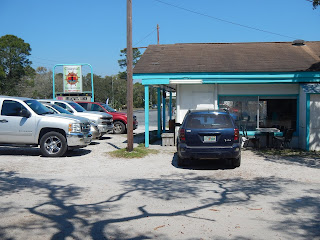 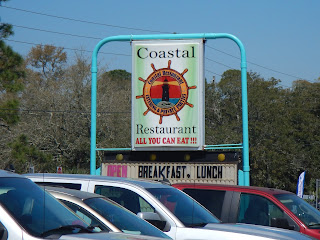 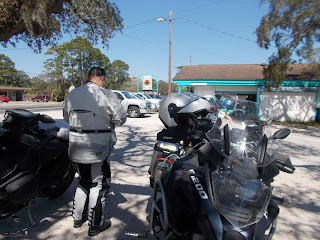 I don't mind a dump cafe but I do mind a waitress that doesn't pay attention.  The food would have been good had it been delivered hot or even warm.  It wasn't busy since it was past 1 pm but apparently the waitress couldn't give a damn.  I won't go into details, (45 mins from order to food), but lunch was less than stellar.  Don't go here ;-)

No problem, at least we got some food and carried on along Highway 98.  No photos but we did ride through Mexico Beach and Panama City both of which were devastated by Hurricane Michael this past October.  Oh my, it was horrible.  My heart goes out to all those peeps.  We saw some hurricane damage before we got to Mexico Beach but it was nothing compared to what happened in Mexico Beach.  So many homes and business just gone.  Just gone....  So many severely damaged.  We did see some re-building but you could tell that a lot will not be rebuilt.  Sad :-(

We were hoping to get a room in Panama City but no way.  Every single hotel and motel was damaged and either under reconstruction or just boarded up.  More sadness.  So, we rode on and eventually ended up in DeFuniak Springs, FL just on the border of Alabama. We have a nice room and we gained an hour (hooray) because of the time zone change.

Although we didn't do any sightseeing or attractions today, we had a marvelous ride!!!  Just the way I like it, little traffic, smooth roads, great scenery and a big grin all day log!

Tomorrow we may do some touristy stuff.  Guess you'll have to stay tuned to find out, lol.